PREVIOUS MEETING: The Bank left their opening statement unchanged in what was a meeting ultimately void of fireworks with Draghi intent on fending off most questions from journalists by stating that the Bank did not discuss FX volatility, their June roadmap, monetary policy ‘per se’ or rising yields. On the economic front, Draghi stated that inflation remain subdued and is yet to show signs of an upward trend, whilst incoming data since the March meeting shows a moderation of growth.

ECB MINUTES: Markets were relatively unreactive to the latest ECB minutes which made little mention of discussions on the future path of monetary policy and instead focused on current economic performance. The account highlighted the views that the more pronounced weakening of demand cannot be ruled out, suggestions that the ECB was close to a sustained adjustment of inflation but most disagreed and that uncertainty over the outlook had increased.

SOURCE REPORTS: The meeting was closely followed by source reports stating that policymakers are keen not to upset market expectations for the end of QE this year and a rate hike in mid-2019, adding that a decision is seen in June or July, with chance of a delay to Sept. At the end of May further reports suggested that ECB policymakers are in unison over ending QE in 2018, despite slower growth and Italian political concerns. Since then, and possibly more pertinent for this week’s meeting, markets were rocked last week by sources suggesting that the June 14th meeting is ‘live’.

ECB RHETORIC: The most recent source reports were followed up by a slew of hawkish ECB rhetoric, with the likes of Weidmann, Hansson and Knot voicing their views for unwinding stimulus. However, perhaps the most noteworthy interjection came from ECB's Praet. BAML highlights Praet giving "a generally positive assessment of the 3 criteria he had laid out to assess 'progress' (convergence, confidence, resilience)," adding that "this is very significant coming from a board member who has always sat decisively on the dovish end of the spectrum." Other notable speeches included that of ECB’s Villeroy last month who suggested that communication will be adjusted given current rate guidance is conditioned on the end of net asset purchases, could give additional guidance on timing of rate hike - "well past" seeming some quarters rather than years

DATA: On the inflation front, May’s flash Y/Y CPI reading far exceeded expectations printing at 1.9% (Exp. 1.6%, Prev. 1.2%); largely reflecting a surge in electricity and fuel prices. That said, core metrics were also firm with the ‘super-core’ Y/Y reading coming in at 1.1% (Exp. 1.0%, Prev. 0.7%). From a growth perspective, last week’s Eurozone GDP release confirmed Q1 growth of 2.5% and 0.4% on a Y/Y and Q/Q basis respectively; Capital Economics suggest that the figures highlight that the slowdown in Q1 GDP figures were less due to temporary factors than initially assumed. May’s Eurozone Composite PMI release showed a decline to 54.1 from 55.2 which in-part might be attributable to working-day adjustments and strike activity in France but nonetheless conformed to part of a broader trend which has seen the metric slip around 5 points since the start of 2018. In terms of the FX rate, the EUR is approximately 1% softer on a trade-weighted basis since the April meeting.

RATES: We continue to expect them to remain at their present levels for an extended period of time, and well past the horizon of our net asset purchases. (26 Apr)

ASSET PURCHASES: We confirm that our net asset purchases, at the current monthly pace of €30 billion, are intended to run until the end of September 2018, or beyond, if necessary, and in any case until the Governing Council sees a sustained adjustment in the path of inflation consistent with its inflation aim. (26 Apr)

INFLATION: The underlying strength of the euro area economy continues to support our confidence that inflation will converge towards our inflation aim of below, but close to, 2% over the medium term. At the same time, measures of underlying inflation remain subdued and have yet to show convincing signs of a sustained upward trend. In this context, the Governing Council will continue to monitor developments in the exchange rate and other financial conditions with regard to their possible implications for the inflation outlook. Overall, an ample degree of monetary stimulus remains necessary for underlying inflation pressures to continue to build up and support headline inflation developments over the medium term. (26 Apr)

RATES: No adjustments expected on this front this time round. However, UBS highlight that “as ECB policy makers have flagged many times now, interest rate forward guidance is likely to play an increasingly important role in the ECB's communication strategy. As the end of QE comes nearer, the ECB will stress that interest rates will stay low for a long time and hence take over from QE as the key instrument to return inflation back to the target.” UBS look for this point to be more of a focal point at the July meeting.

ASSET PURCHASES: The key focus for the Bank’s guidance on its PSPP will be whether or not Draghi et al will announce their plans to curtail their bond purchases at this meeting or in July given that the programme is currently set to expire in September. In terms of market expectations, around 33% of surveyed analysts look for an announcement in June with just under 50% seeing July as a more opportune time for the ECB to unveil plans. In terms of the argument for the ECB to ‘kick the can down the road’ until July, Goldman Sachs argues that “announcing an end date already in June, ties the ECB’s hands”, adding that “Waiting allows the ECB to assess incoming inflation and activity data, as well as whether there are systemic effects related to Italy. The option value of waiting seems high at present”.

However, Capital Economics argue that (in what is set to be a close call) they expect the ECB to act in June on the basis that the ECB will opt to overlook events in Italy and instead be guided by some of the more hawkish rhetoric from the likes of Weidmann, Knot, Hansson and perhaps most crucially Praet. Furthermore, Capital Economics argue that accompanying economic projections might make it easier for the ECB to communicate its policy changes with the market. Note, any adjustments to the ECB’s APP plans will most likely be made at 1245BST alongside the rate decision and then reiterated and explained by Draghi at the 1330BST press conference.

If the ECB was to announce its plans for curtailing bond purchases, consensus is far from clear as to the pace at which the ECB will wind up its programme. ING suggest a reduced pace of EUR 10bln until at least December 2018, TD Ameritrade look for EUR 20bln, EUR 15bln and EUR 10bln from October through December, UBS suggest EUR 15bln until December, Capital Economics suggest EUR 20bln, EUR 10bln and EUR 5bln and Goldman Sachs raise EUR 20bln, EUR 10bln, EUR 0bln. Ultimately, if the ECB was to announce a blueprint for unwinding its PSPP it’d be the decision itself to announce their plans at this stage rather than the pace of tapering which would likely cause a bulk of the market reaction.

GROWTH: ING suggest “Even though Peter Praet sounded optimistic, there is still too little information for the ECB to take a clear position in the soft patch versus downswing discussion. Consequently, we expect the ECB to stick to its positive take on the Eurozone recovery, but at the same time stressing increased uncertainty and the need for more evidence”.

INFLATION: Given the aforementioned recent uptick in inflation and the comments from ECB’s Praet suggesting "a generally positive assessment of the 3 criteria he had laid out to assess 'progress' (convergence, confidence, resilience)", Goldman Sachs suggest that some acknowledgement of this will have to be made in order for the ECB to pave the way to end their APP.

What to watch out for

Growth: Consensus broadly looks for a downgrade to 2018 GDP growth with 2019 and 2020 to be maintained at current levels. (Please refer to the ‘DATA’ section at the beginning of this report for a more detail overview of recent GDP data). Morgan Stanley explain that 2018 growth will likely be revised lower due to recent data flow and higher oil prices, subsequently off-setting any positive impact from a softer EUR.

Inflation: Inflation is set to be upgraded for 2018 and 2019 with a potential upgrade to 2020 as well. (Please refer to the ‘DATA’ section at the beginning of this report for a more detail overview of recent CPI data). UBS explain that “the net impact of higher oil prices and a weaker currency on 2018 inflation could be as large as +0.5pp, with a similar impact in 2019 and 2020”. However, the Swiss bank suggests that any upward revisions will unlikely be this significant on the basis that “moderate revisions in recent ECB forecast rounds suggest to us that the ECB nowadays assumes a weaker FX and oil price pass-through than historical estimates imply”.

Naturally, a bulk of the focus during the press conference and line of questioning by journalists will be contingent on what is announced at 1245BST or in the introductory statement. More specifically, in the event that the ECB announces its blueprint for curtailing purchases (if announced at 1245BST), some of the specific details on the mechanics of the operation could be saved for the press conference and would be a subject of enquiry with the potential for journalists to look ahead to life after the PSPP and what this means for rates. ABN AMRO suggest that the “ECB could give a nudge that when interest rates do rise, it will be in steps of 10bp rather than larger moves”. However, this may be too early for the ECB too make such a communication with the market and might chose to fend off journalists looking to force the ECB’s hand into revealing their likely course of action at this stage. Alternatively, if the ECB does not make any concrete announcements regarding their PSPP, traders should expect a bulk of the questions at the presser to centre around what discussions were held about curtailing purchases and when markets should expect an announcement.

Another hot topic for the press conference will likely be Italy given recent domestic political developments which saw a surge in Italian yields amid speculation that the new administration could look to pull the nation’s membership of the EUR. Since then, the coalition government has poured cold water over these claims with the newly appointed Finance Minister stating that both parties are unanimous in not wanting to withdraw from the EUR. As such, in the short-term ING suggest that Draghi is unlikely to comment too specifically on Italy and instead opt to focus on developments in the Eurozone as a whole. However, from a longer-term perspective, Capital Economics highlight that the ECB will be mindful of the nation’s longer-term fiscal plans that could see its budget deficit move from circa 2% of GDP to around 8%. Subsequently this would put Italy on a collision course with the EU; the potential impact on ECB policy is yet to be seen but UBS argue that an ‘Italian crisis’ could ultimately force a major rethink of current policy later down the line.

As a final point, it is plausible that the ECB President could also be questioned on his views regarding the fallout of the G7 summit, but in true Draghi-style, he will likely fend off such questions. 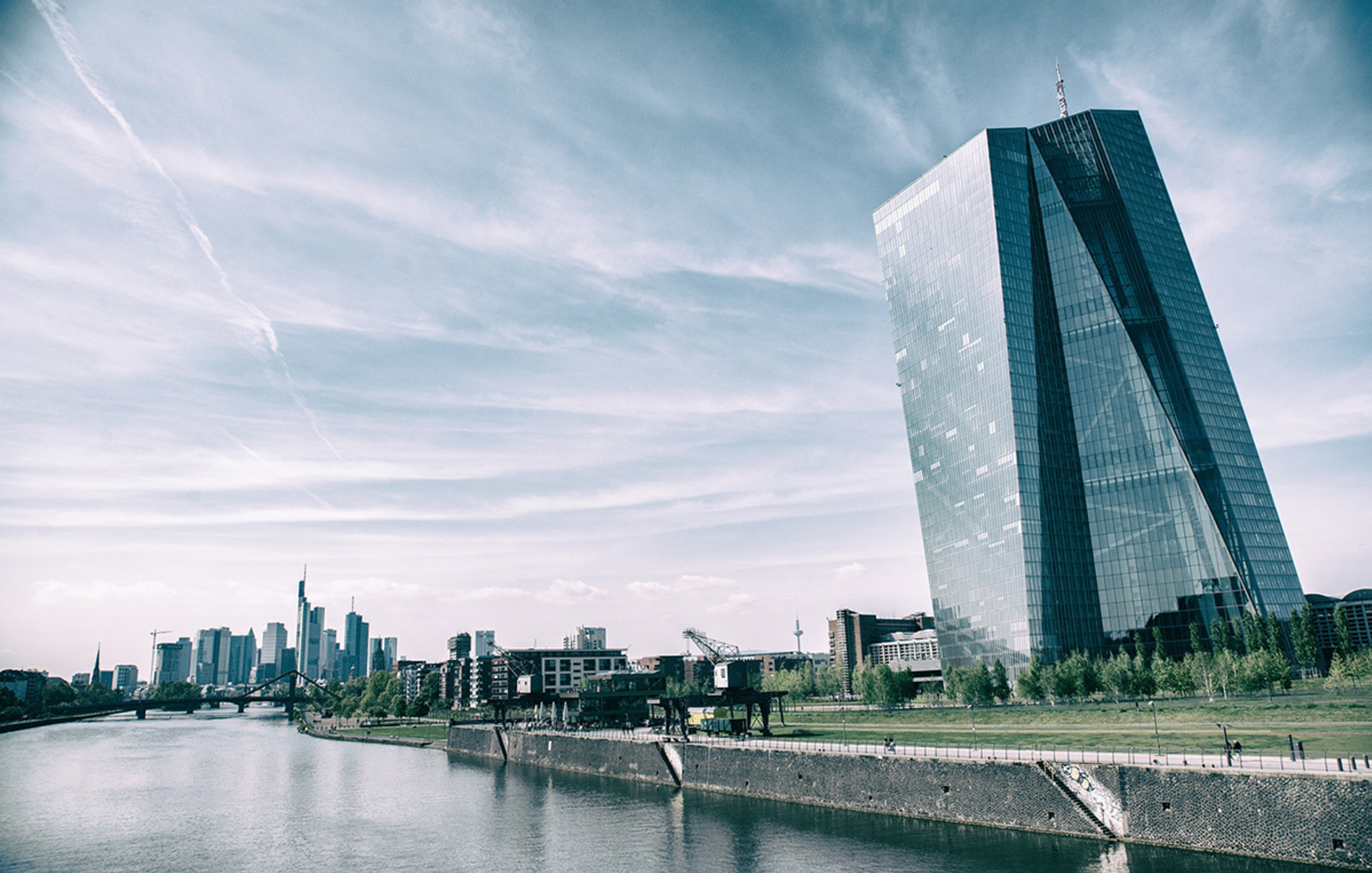