At one stage on Friday, the Turkish lira had declined over 20% against the USD, with the catalyst a story in the FT suggesting that European regulators were worried about contagion, particularly for some banks with high exposure to Turkey. President Erdogan and his son-in-law (who happens to be the Finance Minister) attempted to soothe the situation but they appeared to only make it worse and the currency weakened to record lows. The situation wasn’t helped by US President Trump tweeting that he was going to stick higher tariffs on Turkish aluminium and steel. Markets will now be looking for a firm response from Turkey and whether the situation is contained to Turkey or could spread to other EMs and Europe.

WHAT CAN TURKEY DO?

Turkey has a few options to stem the tide but all of them will likely cause short-term pain. Firstly, an emergency rate hike by the central bank (CBRT). There has been some suggestion that they will need to hike interest by as much as 500bps to stop the rout in the currency, a situation that President Erdogan would likely not view favourably as he has voiced his concern about interest rates before. Another option is FX intervention, but Nordea sees this as a non-starter, given Turkey’s relatively small size of FX reserves compared to its liabilities. However, they could use capital controls to limit the exodus of money although that may destroy investor confidence and that would surely impact growth. Otherwise, the only thing Turkey can do is sit down at the table and begin to negotiate with the Trump administration, firstly on the release of Pastor Brunson, and then on the more telling geopolitical and trade matters.

According to the BIS data, the European banking sector is the most exposed to Turkish counterparty risk. Nordea notes that Spain has USD 80bln of counterparty risk and their exposure corresponds to 6% of Spanish GDP. Meanwhile, Japanese and US investors also have investments in Turkey, but the size of their investments compared to the size of the economy is much higher in the Eurozone.

The Norwegian central bank is unanimously expected to keep their base rate unchanged at its record low of 0.50% on August 16th, with all analysts polled expecting a 25BPS rate hike in September. On Friday, Norway printed their inflation figures which came in above the Norges Bank’s forecast (Core Inflation: 1.4% YY vs. Forecast 1.2%.) due to higher food prices (that accelerated more than usual in July) and energy prices (a dry summer supporting electricity prices due to low hydro-plant reservoirs forcing production cutbacks).

This sets the scene for a 25BPS rate hike to 0.75% in Sept., as according to Nordea, whom also expect no new rate path. The bank also expect the Norges Bank to highlight that developments over the summer have been “broadly in line with expectations” and as such will not change the Central Banks’ analyses presented in March 2018 suggesting the key interest rate will likely be raised after summer 2018. Whilst some key Norwegian figures have been on the weaker side (Manufacturing production -0.7% vs. Exp. 0.7% & Retail Sales -2.9% vs. Exp. 0.3%), analysts expect the Norges Bank to judge this as temporary noise.

In the longer term, Nordea expect a higher rate path in September, based on assumptions that the economy stays on the same track, and the fact that the import weighted NOK is currently 2% weaker than expected in the summer. Alongside this, ING believe that should this continue a further hike should be expected in Q1 2019.

This week sees a slew of tier 1 UK data points with jobs (Tue), inflation (Wed) and retail sales (Thur) metrics all due for release. Starting off with the labour market report, as ever, focus will be on the wage components with both headline and ex-bonus average earnings expected to remain at 2.5% and 2.7% respectively and thus some way off the 4% level departing MPC-member McCafferty is looking for in 2019. In terms of job creation, RBC suggest “a m/m gain in employment in June in the region of 100k would be necessary to maintain the pace of headline job growth at around the same pace as in the prior two months” On the inflation front, headline CPI is expected to tick higher to 2.5% from 2.4% on a Y/Y basis with the core Y/Y metric set to remain at 1.9% as the effects from the post-referendum decline in GBP continues to dissipate. Overall, UK data might begin to take somewhat of a back-seat for GBP with no action from the BoE expected until next year at the earliest. Given the market reaction to the recent hike by the BoE, markets might place more weight on any developments in Brexit which will likely act as more of a guiding force for the MPC given recent rhetoric from Governor Carney. With Brexit in mind, the short-sterling curve has continued to flatten over the past week with some touting the possibility of inversion with questions beginning to mount over whether the next move from the BoE will be a rate hike or a rate cut.

Dow component Walmart is scheduled to bring the curtain down on earnings season when it reports results on Thursday before market. The retailer has been struggling to compete against the juggernaut that is Amazon but has taken measures to stop the divergence such as selling its UK arm to Sainsbury’s and buying Indian online store Flipkart. Overall, EPS is expected at USD 1.22 and revenue of USD 126.03bln in the quarter. Overall, this quarter earnings have grown 24% for the S&P 500, however, much of this was driven by 124% growth in the energy sector, with 84% of companies either beating or matching estimates. The consumer staples sector - of which Walmart is a constituent - has an even better hit rate with 95% of companies either beating or matching EPS estimates. 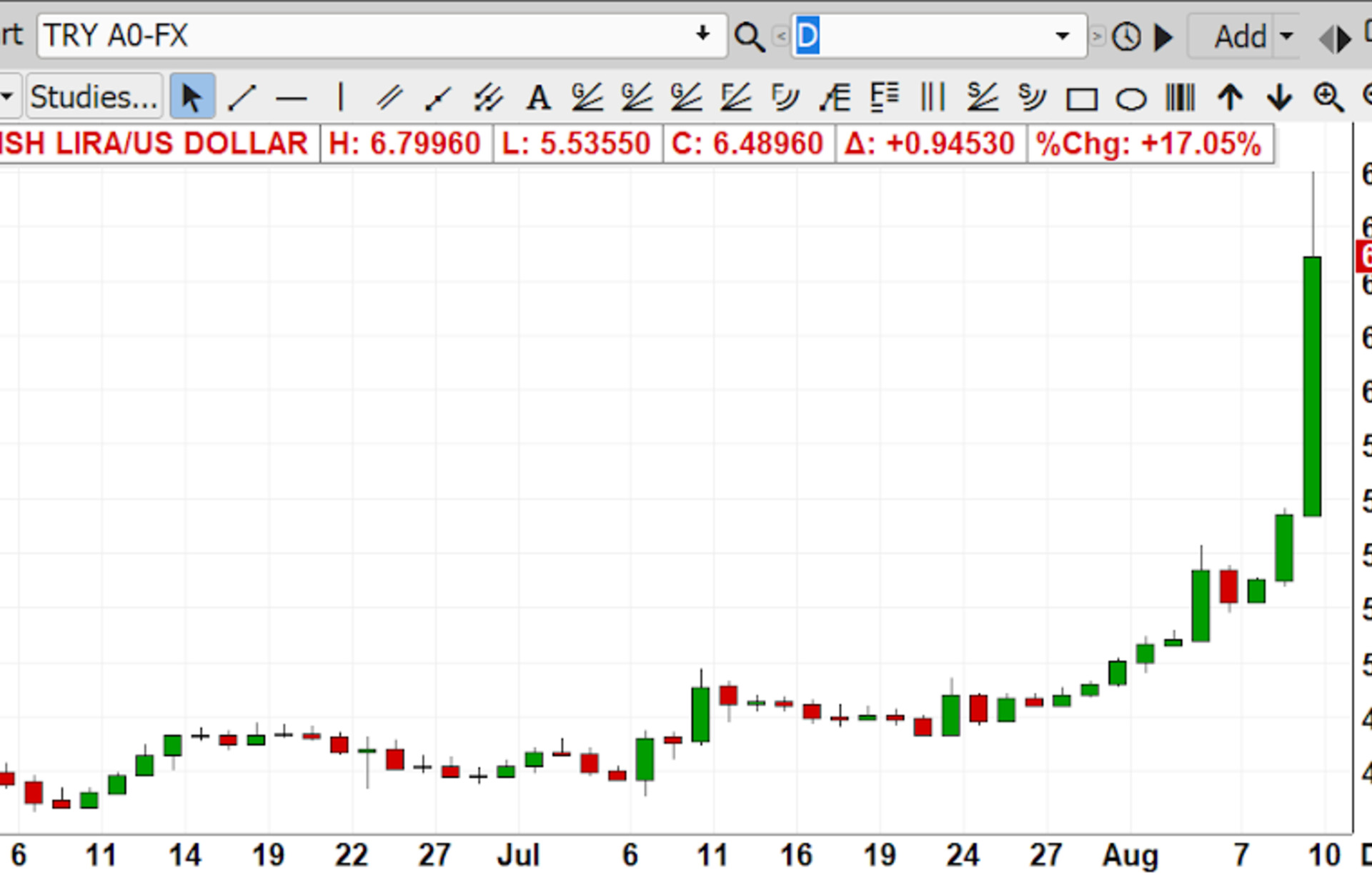