During the week: US to impose tariffs on another USD 16bln of Chinese goods

The Fed is very likely to stand pat on policy on Wednesday, maintaining the federal funds rate target at between 1.75-2.00%; money markets price just a 2.5% chance of a rate hike. With no post-meeting press conference with Chair Powell, nor any updated economic projections, the focus will be on the FOMC's statement. Analysts at Oxford Economics do not expect any significant changes within the statement that will necessitate the consultancy changing its view on the trajectory of Fed hikes in 2018 (it expects another two, in line with the FOMC's guidance); money markets are pricing two further 2018 hikes with 95% certainty, according to the CME's Fedwatch tool. The tone of economic data has been evolving in line with the Fed's forecasts; Core PCE stands at 2.0% Y/Y, in line with the Fed's forecast; the advanced Q2 GDP data showed growth of 4.1%, well ahead of the Fed's 2.8% forecast for 2018, though this bounce might be an aberration. Whether this will result in a change to the language on incoming data remains to be seen. Some have also been focussing on June's removal of the reference to the FFR target being below the longer-run neutral rate, but the general view is the Fed is unlikely to tweak its forward guidance about policy accommodation. Naturally, there will be an eye out to see if the Fed's mentions trade tensions, though UBS does not believe this will be mentioned after Fed Chair Powell in his recent testimony to lawmakers said these risks were being monitored. It is worth noting that John Williams has now taken his place as President of the NY Fed, and is therefore, the FOMC Vice Chair; that means that there is a vacancy on the SF Fed, which votes this year. As a matter of technicality, Esther George (President of the Kansas City Fed), will be the alternate voting member until a new SF Fed President has been put in place. UBS says that "even if Esther George decides to dissent in favour of a hike, consistent with her typically hawkish views, that decision would have little bearing on the decision or the path of policy."

Ahead of the Bank of Japan’s policy meeting, sources reported that discussions are active, with changes to its rate targets and asset purchase techniques up for discussion. The discussions were said to be at an early stage, and contingent on the BOJ's latest inflation forecasts. Expectations have been heightened that the BOJ would tweak its policy settings after the latest national inflation slowed for a third consecutive month, raising concerns that the Bank's inflation target is not achievable, and raising the possibility that the central bank will itself cut its view. While a policy change this month could theoretically include additional easing, debate for now focuses on ways to make the massive stimulus programme more sustainable - given it may take far longer than expected to reach its 2 percent inflation target, sources quoted by Reuters said, and “if it turns out it would take too long to hit 2% inflation, there could be discussions on a policy change,” one source said. “The BOJ could consider steps to make its policy more sustainable if structural factors are behind weak inflation,” another source said, adding that the cost of prolonged easing is becoming “hard to ignore”. Goldman Sachs expects the BOJ to cut its core CPI outlook, which it says would be tantamount to acknowledging that achievement of the BOJ's 2% inflation target would be impossible during FY2019. The BOJ will this month also review why inflation remains soft while the output gap is improving; it has previously attributed that to prolonged softness in inflation to a range of structural factors and GS sees the BOJ highlighting these factors once again, asserting that there is no need for additional easing, since inflation momentum is being sustained through current monetary policy. On the potential tweaks to its policy settings, Goldman Sachs feels that even minor tweaks to the current framework could prove challenging: "First, it would make little sense to raise the 10-year yield target when inflation remains quite soft. Other options would be to (1) widen the permitted deviation of the 10-year yield from its 0% target, and/or (2) remove the annual JGB purchase guideline of JPY 80tln. However, even these tweaks, especially the first option, would carry the risk of triggering yen appreciation. We believe any actions that could invite yen appreciation and equity price correction ahead of the LDP leadership election slated for September 20-21 would be quite sensitive."

The Bank of England rate decision, minutes and QIR on Thursday will pose yet another test of the Bank’s credibility with markets pricing in around an 80% chance of a 25bps to 0.75% from 0.50%. After what has been a complex year thus far for the Old Lady, market expectations for a hike were fuelled at the previous meeting after MPC member Haldane joined the ‘hike’ camp, leading to a 6-3 split on the board with policymakers confident in their views that adverse weather conditions were a primary cause of soft growth at the start of the year (Q1 GDP Q/Q revised to 0.2% from 0.1% initial reading). Some on the MPC may flag concerns regarding the recent soft CPI surprise and the mounting risks posed by Brexit in lieu of the EU recently rejecting UK PM May’s Chequers Brexit plan. However, RBC believes that these concerns will not be enough to derail the BoE from acting on rates given the credibility threats posed by standing pat; the BoE will nonetheless continue to reiterate a cautious approach on the UK’s departure from the EU. The main focus for markets will be whether or not this is a ‘one and done’ hike or part of a more sustained rate hiking cycle. In terms of the overall contents of the QIR itself, RBC doesn't look for any major changes to GDP and CPI forecasts, but suggests that the MPC could opt to flag the ongoing risks posed by trade tensions.

Nonfarm payrolls are expected to increase by another 195k after 213k growth last month, slightly below the 3-month average of 211k. During the survey week, initial jobless claims dropped to their lowest level since December 1969 of just 207k, which would bode well and suggest solid job growth in July. The most recent Beige Book from the Fed also showed that worker shortages persisted in early July throughout most of the districts, which would suggest that the economy is close to or at full employment. Nevertheless, wage gains continue to puzzle officials and some Fed members have argued that slow wage growth could give the Fed room to delay additional rate hikes. Average hourly earnings are forecast to increase 0.3% M/M, keeping the Y/Y rate at 2.7%. However, there are signs that wage growth is on the turn and could pick up in the month’s ahead. “The latest reading on average hourly earnings stands at 2.7% Y/Y, but we think it is only a matter of time until is will surpass 3%,” writes Nordea.

Growth in the Eurozone unexpectedly slowed in Q1, and Q2 appears to have continued on a similar footing. GDP is forecast to have increased 0.4% Q/Q during the quarter, the same as in Q1 although the data from the IHS Markit PMI surveys suggests growth of just over 0.5% in Q2. “Eurozone growth regained momentum in June, rounding off a respectable second quarter performance,” said IHS Markit’s Chief Economist Chris Williamson. Of the “big four” economies, Spain is expected to show the strongest growth while France grew just 0.2% Q/Q as the impact of transport-sector strikes earlier in the quarter weighed on activity.

CPI is released alongside the GDP data and is expected to remain slightly above the ECB’s target at 2.0%. “Energy prices have been the dominant influence on euro area HICP inflation in recent months adding 2-3ppts to headline inflation in May and June and that looks set to be the case again this month,” writes RBC. “Despite a fall in petrol prices during the month they remain around 10% higher than a year previously and that upward pressure should help ensure that headline HICP inflation remains at 2% y/y this month.” The core measure, which strips out energy prices, is expected to remain steady at 1% which should give the ECB enough room to remain accommodative for the foreseeable future with rates expected to remain at current levels until at least through the summer of 2019.

The US Treasury will on Wednesday (1 August) announce details of its quarterly refunding, where it is expected to raise the sizes of auction amounts across the curve. Wells Fargo’s analysts expect 2-year and 3-year auctions sizes to be raised by USD 1bln for the next three months, and says that we could also see 5-year, 7-year, 10-year and 30-year auction sizes subject to a one-time USD1bln increase. If Wells’ projections are accurate, it would mean that the US Treasury’s net issuance for the second half of the year would be around USD 695bln (USD 555bln in coupon notes and bonds, USD 140bln in bills) – this would represent a 20% increase in relative net issuance in the first half of the year, Wells Fargo says, driven by growing deficits and rising Fed Treasury redemptions. “If our projected across the board increases are realized, we think the market reaction will be fairly muted. However, 2s/10s conceivably could steepen a lot if Treasury increases the 10y auction size by $2 billion. Similarly, 10s/30s should steepen if the 10y and 30y auctions both are upsized by $2 billion,” the Bank writes.

On Tuesday (31 July), the next SOMA redemptions will take place, where USD 28.5bln is due. Nordea’s analysis shows that while the par value is smaller than it was in March, the net liquidity impact will be greater (at USD -24bln). “On days with a large and negative impact on US liquidity, the dollar has tended to gain while risk sentiment has been weak,” Nordea writes, “For instance, on the settlement day (July 2) from the latest SOMA redemption (June 30), EURUSD swooned during the European afternoon – mirroring the now-usual SOMA pattern.” The bank adds that the track-record from the past five SOMA redemption days “suggests that being long dollar on SOMA days remains a decent proposition,” pointing out that on SOMA redemption days, the Dollar Index has, on average, pushed 0.3% higher, with a hit rate of 80%, and additionally the S&P500 has, on average weakened by 0.8%, with the same hit ratio. 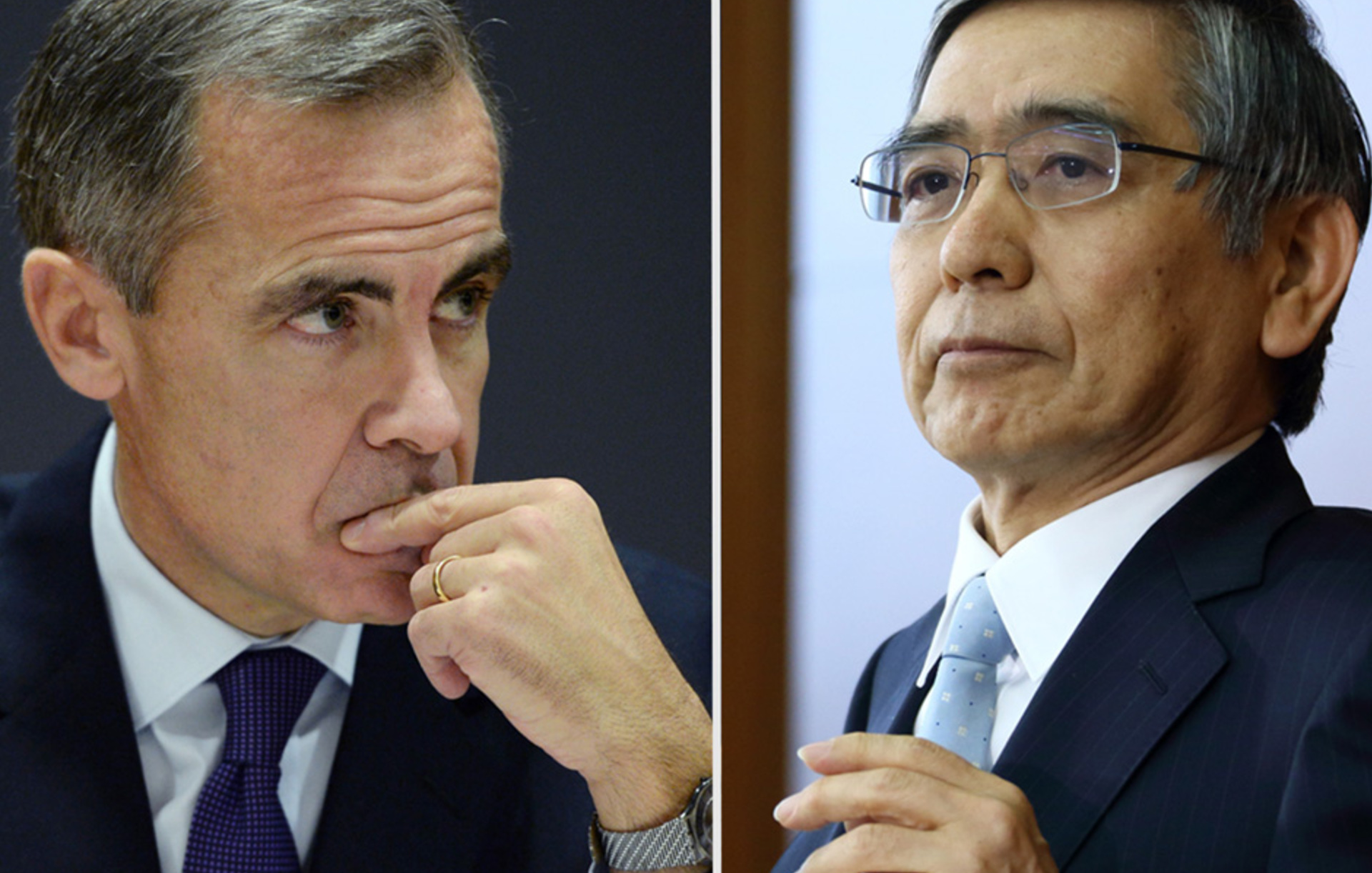